Nestled in the middle of the typical Kentucky blue grass hills with numerous purebred horse stables, Woodford Reserve is one of the oldest and smallest distilleries in this region renowned for its bourbon whiskey. Located not far from the city of Versailles, it was built on a historic site: it was here that Elijah Pepper set up his log cabin where he produced whiskey for the first time in 1812. Far from a legend, recent archaeological excavations have corroborated these facts, which is to say the attachment of this brand to the truthfulness of its history. Born in the same cabin, his son Oscar Pepper built the first limestone buildings between 1838 and 1840 and offered himself the services of a Scot named James Christopher Crow, who became a legendary master distiller in the United States. Both literally revolutionized the production of bourbon by implementing hygienic and scientific practices duly documented in their registers. They did not claim to invent anything in terms of bourbon - neither cereal must with a majority of corn nor the use of charred oak barrels - but their great rigour allowed them to perfect the famous sour mash or sour must, rich in lactic acids, and American fermentation techniques. The distillery is still distinguished from its colleagues by its particularly long fermentations. The other main feature of Woodford Reserve is its distillation with the exclusive use of copper sill pots, identical to those found in Scotland, and not a double but a triple distillation, as in Ireland and some rare Scottish distilleries. In line with the perfectionist spirit of its founders, Woodford Reserve is also one of the few to have a heated cellar in order to optimize ageing by creating more cycles of thermal amplitude. After more than two centuries of existence and now owned by the American giant Brown Forman (Jack Daniel's), Woodford has remained a unique and artisanal distillery! 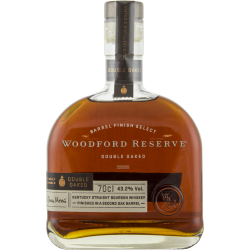 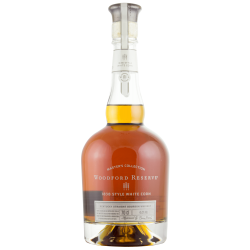 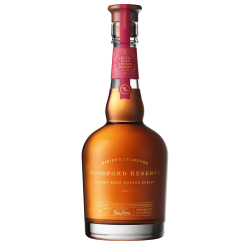